Top Posts
A Game of Thrones: The Card Game Second...
An Introduction to AGOT.Cards
To Build a Meta You’re Going to Have...
New to the Show? New to the Game?...
The White Book S6E12- 222
To Build Your Meta You’re Going to Have...
The White Book S8E25 – 295
Store Championships 2023
Game Night Kit I
Regional Tournaments 2023
Home Articles Global Operations Team Reorganization 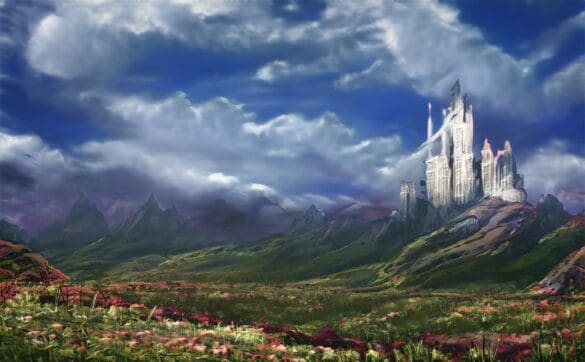 Robert groaned with good-humored impatience. “If I wanted to honor you, I’d let you retire. I am planning to make you run the kingdom and fight the wars while I eat and drink and wench myself into an early grave.” He slapped his gut and grinned. “You know the saying, about the king and his Hand?”

Ned knew the saying. “What the king dreams,” he said, “the Hand builds.”

Spring has sprung, dear readers, and with it a time of renewal and rebirth. Much like many of us experience that in our own lives, the Global Operations Team would like to take a moment to chat with you all about a moment of rebirth and reorganization for our group.

The organization was originally formed in a period when community engagement was very high and so, much of the planning and structure was done on the basis that such engagement would continue. Unfortunately, as it all too often does, life took many members of both G.O.T. and the community at large in different directions. This has lead to a structure that is no longer an optimal fit for our goals in continuing the A Game of Thrones card game and associated community.

So! With that in mind, I’ve been discussing recently with the active committee members about how to proceed and we’ve settled on an interim restructuring plan. I can’t say that this will be the end of our changes, but we do believe that these are very good first steps to structure things in a more direct and interactive way so that we can do more for you.

Here are the immediate steps that we’re enacting. Most of these should be finalized over the next few days, possibly a week in the case of chair selection.

That said, the size of the Board will also be drawn down to a more manageable scope with several of the members who have moved on in life fully departing the group. The Board will stabilize at three members with the remaining presence of myself, Francisco, and Johannes. Should any of the remaining members wish to also depart or change roles, a new member will be selected to maintain three trustees on the Board.

Cards Committee – This will largely be a merger of the Design and Art committees and will take over all of the production and meta management related duties from working with the Design Team, to determining the Restricted List updates, to procuring art, and any other necessary duties that would fall under the card related umbrella.

Community Committee – This will largely be a merger of the Organized Play and Communications & Tech committees. This committee will handle all of the people related aspects such as tournament organization, Nationals/Worlds/Etc scheduling, announcements and articles to the community and any other necessary duties that would fall under the people related umbrella.

So that’s largely it for this first announcement. We’re going to reorganize so that we can more fully tackle the future and keep moving forward with the only game that matters. I know that a number of folks have recently joined the G.O.T. Discord server and I’m happy to see the new faces! If you have interest in actively joining in the reorganization please let us know, or if you just want to be a more informed and involved community member, please join as well to keep up to date.

P.S. I have to give huge thanks to the current folks on the Organized Play committee, Zinnie, Dennis, Hannes, and Xinyu with some input from myself and Johannes who are hard at work setting everything up for the online World Championship. They’re still finalizing the announcement, but expect the full announcement and signup form next week! Plus, the event will be run through the G.O.T. Discord server.